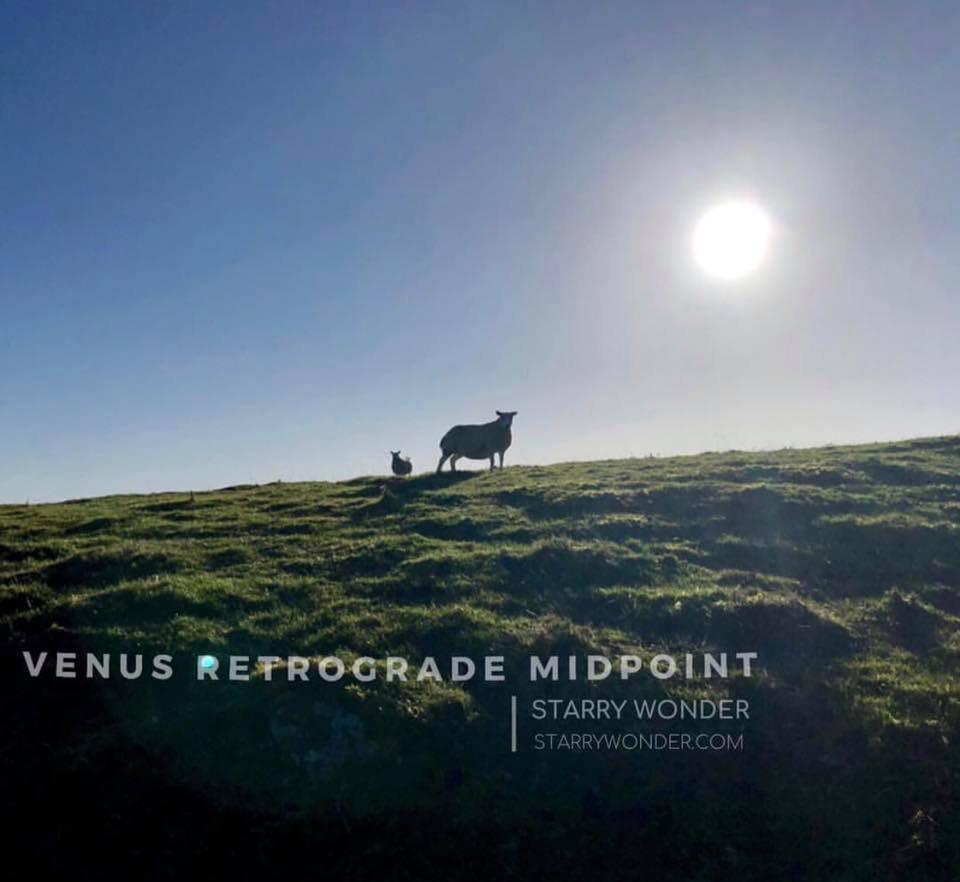 I was wondering when you would get here | As said by a woolly lamby at the top of a random hill in the Scottish Highlands to my daughter, @fashy_fafa32 while on her adventures there ❤️ She sent this pic and I saw exactly the story of #venus in her #venusretrograde presently. She’s just schmoozed with the Sun in early #scorpio and finds herself halfway there, halfway through her 40 day and 40 night journey losing and finding herself. She moves from the tortuous darks of Scorpio, where she toils in her #detriment and retrogrades back to her homeland once again in late #libra where her natural essence, her #passion to bring together can once again flow from her fingertips.

Here we have this beautifully formidable #lamb atop a random hill in #scotland perched as though she was waiting for my daughter to arrive, closely posited to the Sun just above.

While she is silhouetted, much like how the dark shadows of being in Scorpio and retrograde feels upon Venus, the lamb remains unfettered and clearly comfortable in her seemingly solar-bolstered stance.

My daughter reports a feeling that this lamb was more than just a random farm animal. Fasha has felt an intensely rich connection to Scotland, the land of some of my father’s #ancestors . She felt as though this lamb was a messenger heralding the welcome that only can be gleaned through a #syncronicity such as this.

Fasha’s chart reflects this #mystical time with the current transits to her birth chart and most specifically, her #solarreturn chart which brought her Scorpio 11th house to the #ascendant and placed her SR Moon exact on that ♏️Ascendant. Being a #cancer sun, this Moon holds great story for her…and its degree? The exact degree of yesterday’s Sun/Venus #cazimi …the exact midpoint of this Venus retrograde⭐️ When she let me know she was hopping from #london to Scotland, I looked at her chart and said to my husband… this is going to be the life changing part of her journey in #europe …something special from the middle of the Universe waits for her there… ha, it came in the form of the #innocent 🐑